In the woods near the house of artist Jeroen van Westen stood a shack, actually no more than a shed, what in the U.S. would be called a ‘shed’. The forest is a piece of uncultivated land between pasture and cropland, but well used in the hundred years since the surrounding land was brought under cultivation. Jeroen van Westen, newcomer to the area, decided to peel off the shed.., 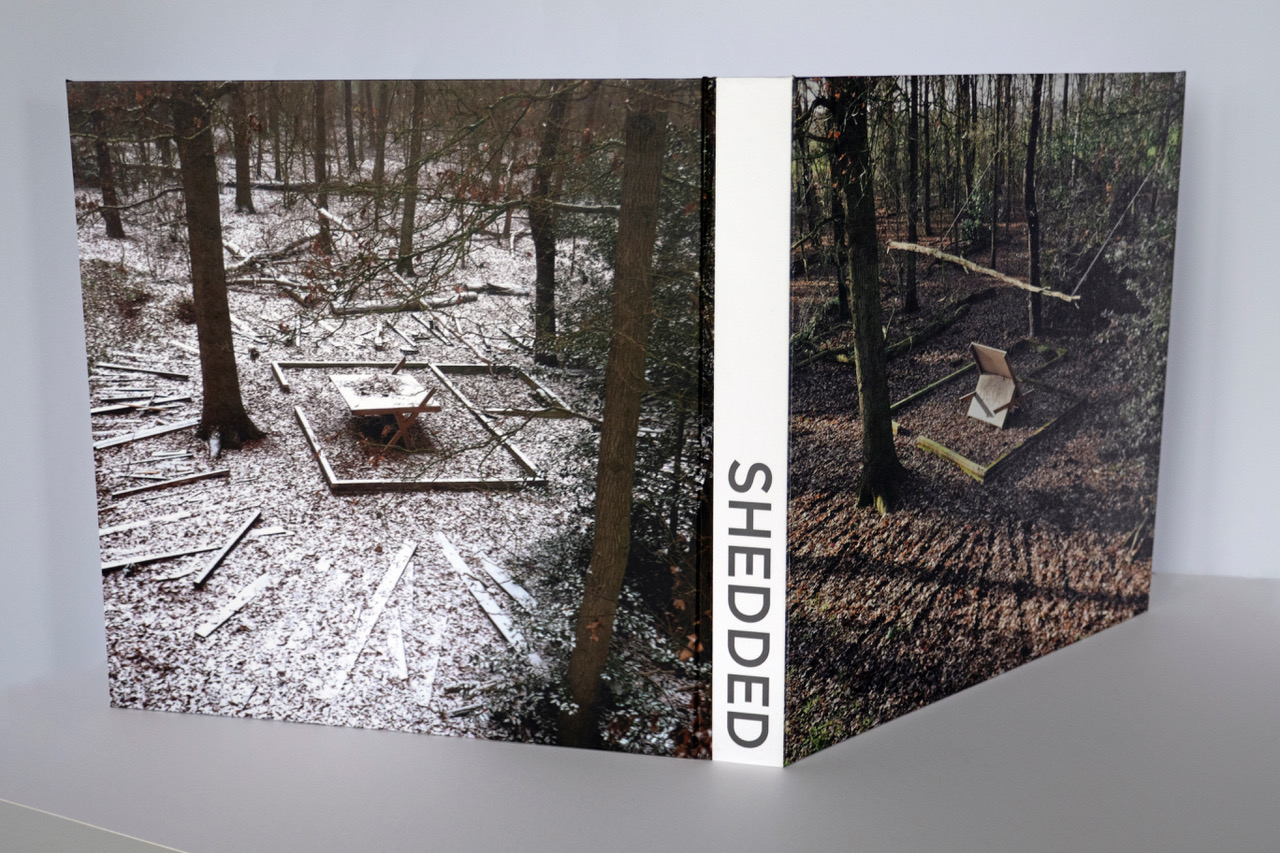 While peeling off first asbestos, then plastic, glass and tarred wood, time and space was taken to try out old ideas and explore new thoughts. 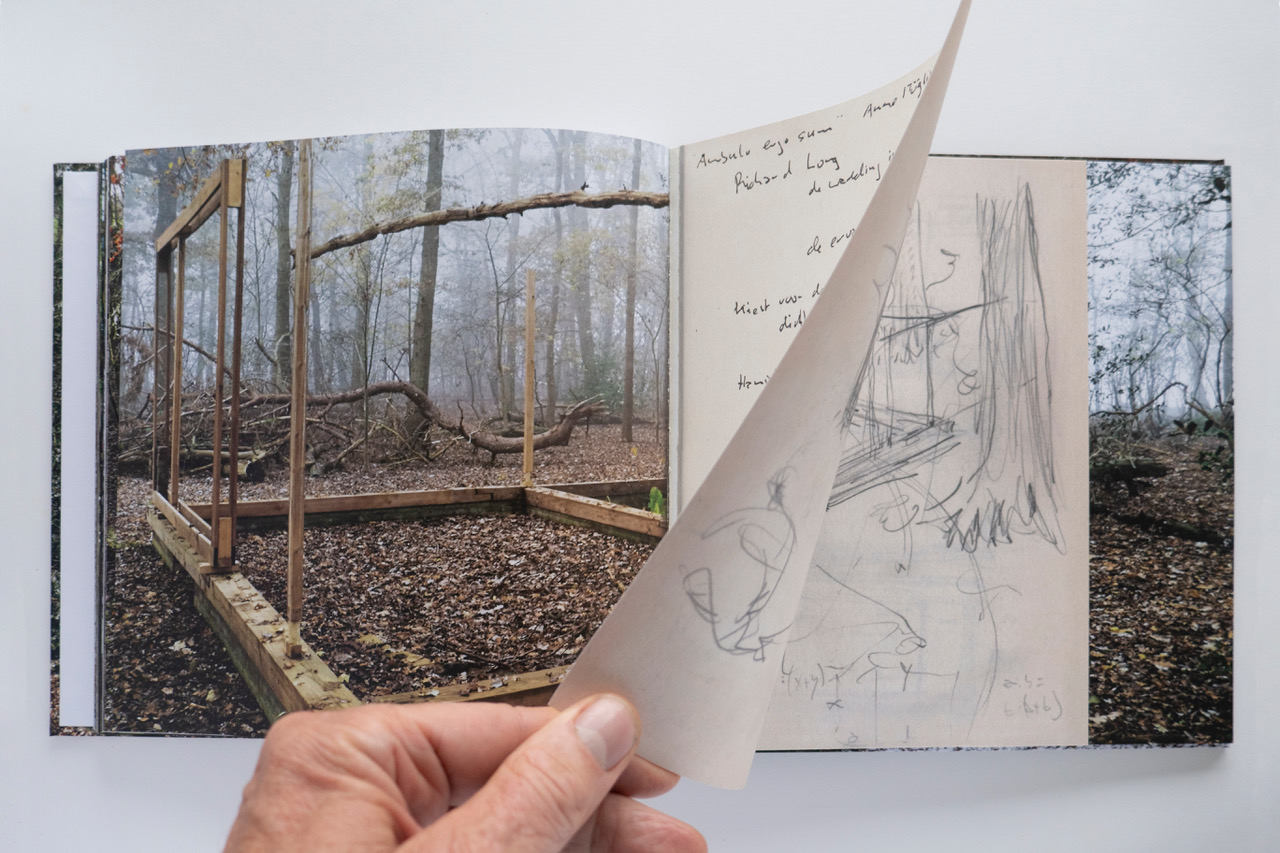 Visitors also came by, with questions and ideas. Often our conversations resulted in actions or images; such results became part of the project that came to be called SHEDDED. The artist’s book shows 20 works that followed one another over the past decade: a relay of 89 sheets, supported by overprints from his workbooks. A short video (in Dutch) shows more of the place and context.